Many people don’t realize that what dentists call silver fillings are actually made of an amalgam of mercury and silver and that they are about 50 percent mercury. It isn’t surprising that people are nervous about having mercury, which is toxic, in their mouths. Studies have shown that small levels of mercury vapor are released from these fillings during chewing.

Some patients ask to have all their old amalgam fillings removed and replaced with composites. While Dr. Thein doesn’t encourage the removal of fillings that are intact and functional, he respects requests by patients to remove amalgams. If it is important to you, he can do what is called “hygienic mercury removal,” where your old fillings are removed in such a way that you don’t inhale any of the vapors or swallow any of the debris. 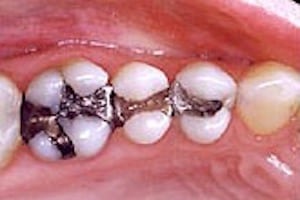 This patient was unhappy with her unsightly silver fillings. 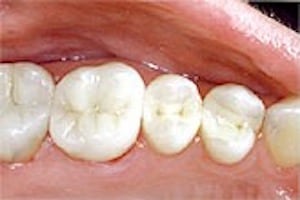 The patient asked Dr. Thein how to eliminate the silver fillings from her teeth. 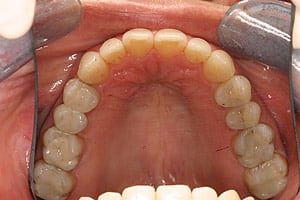