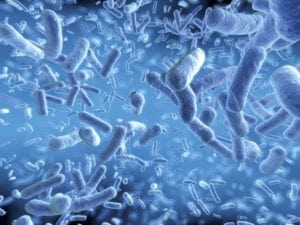 Pancreatic cancer is one of the leading causes of cancer in the world, with lung cancer being the worst. However, new research sheds some light on possible ways for early detection, which would significantly aid in the treatment process.

A Brief Background of the Study

A research team compared mouth bacteria samples taken from two separate groups, who were followed for a total of 10 years. The groups both contained American males and females. During the 10 years, researchers were paying close attention to see if anyone in either group showed signs of cancer.

After analyzing all of the results, the researchers had found that those whose mouth bacteria contained 2 specific strains had a higher risk of developing pancreatic cancer than those who did not possess these 2 strains in their mouth bacteria.

It Comes Down to 2 Specific Strains

Before we mention which strains were suspect, we want you to understand that human mouths contain millions of microscopic bacteria that must be managed, otherwise nasty things begin to happen in the mouth, such as tooth decay which is the most prominent.

With that said, the two strains in question during the study were:

Porphyromonas gingivalis – this bacteria was linked to a 59% overall higher risk of developing pancreatic cancer.

Aggregatibacter actinomycetemcomitans – this bacteria was linked to a 50% overall higher risk of developing pancreatic cancer.

The kicker is that both of these strains have also been associated with the presence of gum disease or periodontitis.

These Results Pave the Way

As mentioned earlier, the results found in this study will go a long way in aiding doctors in the diagnosis & prevention of pancreatic cancer. One of the researchers involved in the study says it best:

“Our study offers the first direct evidence that specific changes in the microbial mix in the mouth – the oral microbiome – represent a likely risk factor for pancreatic cancer along with older age, male gender, smoking, African-American race, and a family history of the disease.”